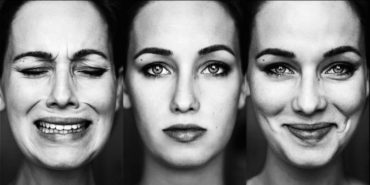 Bipolar disorder or bipolar affective disorder, historically known as manic-depressive disorder mood disorders can be defined by the presence of one or more episodes of abnormally elevated energy levels, cognition, and mood with or without one or more depressive episodes causes serious shifts in mood, energy, thinking, and behavior–from the highs of mania on one extreme to the lows of depression on the other. More than just a fleeting good or bad mood, the cycles of bipolar disorder last for days, weeks, or months. And unlike ordinary mood swings, the mood changes of bipolar disorder are so intense that they interfere with your ability to function.

During a manic episode, a person might impulsively quit a job, charge up huge amounts on credit cards, or feel rested after sleeping two hours. During a depressive episode, the same person might be too tired to get out of bed and full of self-loathing and hopelessness over being unemployed and in debt.

It can include the following symptoms :-

The depressed phase of both types of bipolar disorder includes the following symptoms:

There is a high possibility of suicide with bipolar disorder. Patients may abuse alcohol or other substances, which can increase the symptoms and suicide risk.

Sometimes the two phases overlap. Manic and depressive symptoms may occur together or quickly one after the other in what is called a mixed state.

How “Mon Ke Niye” Can Be The Radical Life Savior?

“Mon Ke Niye” is a treatment paradise for the mental patients. With the distinctive motto of “treatment without medicine,” the concern has become the greatest fascination towards patients of all age. Through the magic of interactive process “counseling” Dr.Ad Mahapatra seems to be the greatest magician with his outstanding caliber of healing patients without a single drop of any kind of commercial medicines or drugs.